What is a Cold Plasma Non-Surgical Facelift? Cold plasma, sometimes called non­thermal plasma, is one of the newest cutting edge medical concepts, but what is it?

Plasma is not a thing. Plasma is a state of matter (as you may remember from physics classes taken long ago.) Along with liquids, solids and gases, it is one of four states of matter that exist in the universe.

Plasma is created by changing something else. When you heat the gas, you create a plasma, something that acts like gas, but is able to conduct electricity. It’s the electricity applied to that gas that produces a plasma and, therefore, the plasma light.

How does all of this fit into a medical concept? Cold plasma applies that same basic theory to helium atoms, but at a lower level. This creates a beam that is cool, hence the term non­thermal plasma. If you touched the beam directly, it would feel hot, but the temperature of cold plasma light is much cooler than that of a laser or IPL device. The plasma beam is cool enough to use all over the body, and is incredibly precise.

Cold plasma has many different uses in a medical environment, from fighting anti-biotic resistant bacteria, to multiple surgical applications, and for our purposes, to non-surgcial cosmetic treatments.

The J-Plasma tool (a small handpiece) uses minimal electricity in conjunction with helium gas flowing over a metal blade to produce a 2 mm plasma beam. The metal blade can be retracted or extended for use like any other scalpel. For the cosmetic procedures done in our office, there is no blade used. The 2 mm beam itself creates an extremely flexible tool for resurfacing, even of your most delicate facial skin. The result is a quick, effective, and precise treatment.

For Cosmetic purposes, the J-Plasma is able to completely resurface the skin with one pass, and on the second pass, visibly tightens the skin by centimeters. This allows patients to remove any surface irregularities and discoloration, as well as to dramatically lift skin. It is truly a game changing new technology that cannot be compared to traditional laser treatments or even to face lifts – as one can achieve both resurfacing and lift with just one treatment.

The precision of a laser, but without the heat is the advantage of the J­Plasma device, and this revolutionary concept has people talking. 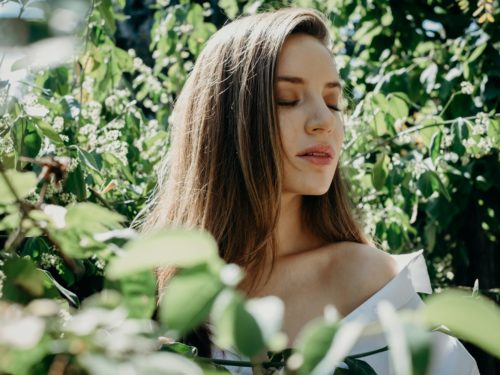 I hate my neck

I Hate My Neck! Improvements for Your Neck and Jawline Besides maybe the easily curable frowny-face, nothing makes... Reshaping your nose – without surgery!

What to expect from your non-surgical nose job at Sonata Aesthetics One of our most popular services at Sonata...